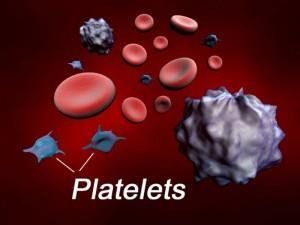 Bleeding disorders (coagulopathy) of dogs and cats can be caused by a variety of disease processes, genetic abnormalities, toxicities, and emergency scenarios. The increased tendency to bleed may be mild to life-threatening. Treatment options are determined by the cause of the disorder; they depend on the mechanism responsible and the systems of the body that are affected.

Bleeding normally occurs when there is injury to the body. The blood carries infection-fighting white cells, antibodies, oxygen, and building blocks for repair to the wound. Our pets could not heal without it. But bleeding should stop when it has served its purpose. This is called clotting. Blood clots when tiny cells called platelets are chemically activated to stick together. There is a cascade of chemical clotting factors that must all function correctly to cause this to happen. A deficiency in platelets or clotting factors could cause increased bleeding times.

When bleeding occurs without injury, symptoms like bruising, joint pain, respiratory distress, and anemia can occur. Small purple spots on the skin called petechiae are sometimes the first symptom of a bleeding disorder. Joint pain and stiffness, seizures, or even paralysis occurs when there is bleeding into the joint capsules, brain, and spinal canal. Unexplained nose bleeds (epistaxis), blood in the urine (hematuria), and black tarry stools (melena) can also be signs of a bleeding disorder. Large amounts of blood can seep through vessel walls into the chest and abdomen causing breathing difficulty and a pendulous belly. When a large amount of blood is lost, the pet may become anemic. The mucous membranes like the gums and sclera – the whites of the eyes – may appear pale or ghostly grey. Since blood carries oxygen, an anemic pet will often be lethargic or have reduced stamina during activity. Fainting can occur in severe cases.

Some of the toxins that can cause bleeding disorders include household chemicals like rodenticides (rat poison) and drugs like aspirin, sulfa antibiotics, and heart medications. Von Willebrand’s disease is a heritable deficiency of the clotting factors that occurs in a number of canine breeds. Ticks can carry infectious diseases like Lyme and Ehrlichia that can cause bleeding. Disseminated intravascular coagulopathy (DIC) is a life threatening syndrome that occurs during trauma and severe illness that is very difficult to reverse.

Treating a bleeding disorder involves addressing the underlying pathology, or disease causing the coagulopathy. In cases where there is a known toxin, antidotal drugs are administered. Vitamin K1 (Phytonadione) is the antidote for warfarin and brodifacoum based rat poisons. In immune-mediated thrombocytopenia, where the body attacks its own healthy platelets, corticosteroids like prednisone are given to suppress the immune response. These drugs are usually started at high doses, then titrated (adjusted) to a minimum maintenance dose. Long-term antibiotics are used to fight rickettsial infections (tick borne Lyme and Ehrlichia) that cause bleeding disorders.

When a large amount of blood has been lost, causing a life-threatening anemia, a blood transfusion may be necessary to stabilize the patient. This will give time for the bone marrow to “catch up” in producing new red blood cells. If the underlying disease can be managed, the prognosis will generally be good. Close monitoring of clotting times and red blood cell counts may be needed for chronic bleeding disorders.