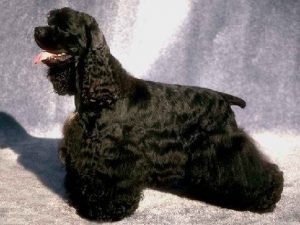 This breed was bred from the English Cocker Spaniels that were brought to the United States in the 17th century.  It was recognized as a separate breed in 1946.  Used by hunters to flush out game, it specialized in retrieving quail instead of the woodcock so prevalent in England.  Today, it has become more of a pet and show dog, with an exaggerated coat that would not be suitable in the field.  It reached a peak in popularity between 1940-1956 when it set an American Kennel Club (AKC) record for the number of dogs registered.  It has remained a popular family pet and show dog.