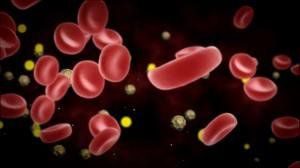 In the previous article, we briefly described the role that insulin plays in delivering glucose to the cells of the body. Diabetes is characterized by the cells’ inability to utilize glucose for energy and the subsequent high blood concentrations of unused glucose. This inability is caused by either or both a deficiency in the production of insulin, or insulin that for some reason is unrecognized by the cells. Cells cannot utilize glucose without insulin, and the insulin must be recognized by the cells in order to deliver glucose. In this section, we will discuss the possible causes of Diabetes Mellitus.

The cause of diabetes in a specific patient is not always known; however, we are aware of certain risk factors that can contribute to the development of this disease.

Type I Diabetes, the most common form in dogs, is caused by insufficient production of insulin. Insulin is made by specialized cells, called beta cells, in an organ called the pancreas. The amount of insulin produced is directly related to the amount of glucose in the bloodstream. When food is consumed, beta cells are triggered by an increase in blood-glucose levels to begin producing insulin. The insulin then delivers the glucose to all of the cells in the body to be used as fuel.

Damage to the beta cells, either from chronic pancreatitis or an auto-immune disorder where the body’s defenses attack its own cells, can reduce insulin production. Pancreatitis can be triggered by certain drugs, infection, shock or trauma, diets high in fat, and obesity. Some breeds like Schnauzers are predisposed to chronic pancreatitis which makes them more likely to develop diabetes.

Patients with Type II Diabetes may have normal or even elevated levels of insulin, but the cells in the body reject it during the transfer of glucose. This is called insulin resistance. Cats are more likely to develop this form of diabetes. Obesity is a common trigger of this type of diabetes. The relationship of obesity to insulin resistance is known, but the mechanism is not completely understood. A condition called hyperadrenocorticism, or Cushing’s Disease, can be a contributing cause of insulin resistance – and thus – diabetes. Cushing’s can make controlling diabetes very difficult. Somewhat common in dogs, Cushing’s is rare in cats; however, more than 80% of Cushinoid cats develop concurrent Type II Diabetes.

It is important to realize the link between obesity and diabetes since this is a contributing factor that we, as pet owners, can control. Obese pets are more likely to develop pancreatitis, leading to Type I Diabetes; and, they are more likely to develop insulin resistance, or Type II Diabetes. Appropriate diets and healthy feeding regimens can significantly reduce the pet’s chance of becoming diabetic.

In Part III, we will discuss the diagnosis and management of diabetes.