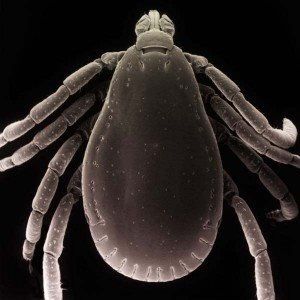 Ehrlichiosis is a disease spread from the bite of a tick. The brown dog tick is the primary host of this serious disease, which was first seen in military dogs returning to the US from the Vietnam War. The organism that is carried by ticks and causes the Ehrlichiosis infection is called a rickettisa, which is similar to bacteria. This disease should be taken very seriously as untreated cases can result in death.

There are three phases of the Ehrlichiosis infection. The acute phase occurs in the first two to four weeks of infection. Fever, weight loss, nervous system anomalies, respiratory distress, bleeding disorders and other symptoms can be seen during this initial stage. The second phase of the disease is referred to as the subclinical stage. The symptoms that are seen in the acute stage are normally not present in this stage and basically subside. Dogs that are infected may continue to shed the organism, they may totally eliminate the organism during this stage or they may progress to the chronic phase of the disease. Many of the symptoms present in the acute phase may return along with lameness, anemia, swollen limbs and blood clotting problems. Each progression from one phase to the next makes treating Ehrlichiosis more difficult and this is why early detection is very important for treatment to be successful.

Although preventing Ehrlichiosis is not easy, avoiding areas that are heavily infested with ticks is one measure that can be taken. If you live in a heavily wooded area with known cases of Ehrlichiosis, you want to consider treating your yard for ticks or calling a professional exterminator to perform this service.

Ehrlichiosis can be detected with a blood test; however, a positive result may not occur for two to three weeks into the acute phase. Therefore, multiple tests may be necessary to confirm an infection. If caught early enough, treatment of the disease can be successful if the dogs immune system remains strong. Dogs that are in the chronic phase with a weakened immune system have a poor prognosis and a lower rate of survival. Treatment normally begins with blood transfusions to combat the anemia and leads to antibiotic treatment. Specific antibiotics, such as Doxycycline or Enrofloxacin may last anywhere from one to four months.