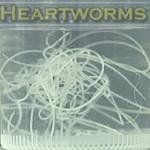 Heartworms (Dirofilaria immitis) are blood parasites that are transmitted by mosquitoes in much the same way malaria is spread in people. The adult worms can be 10 to 14 inches long and live inside the heart and pulmonary arteries. They cause a restriction in blood flow leading to lung disease and congestive heart failure. Heartworm disease is diagnosed in all 50 United States, with endemic areas along the Atlantic and Gulf coast and along the Mississippi river. Treatment of infection can be relatively straightforward if the disease is caught very early, or it can be very risky if the patient has advanced symptoms. Preventive medication is the safest and easiest way to avoid heartworm infection.

Adult heartworms bear live young called microfilariae. They circulate in the bloodstream where they are picked up by mosquitoes taking a blood meal from the infected animal. Microfilariae can be seen in whole blood under the microscope; however, their numbers are dependent on the number of mating pairs of adults in the heart. A negative test for microfilariae does not mean that the animal does not have heartworms. An occult heartworm infection is one where no microfilariae are present.

Microfilariae cannot develop into adult worms without first living inside the salivary glands of the mosquito and then being transmitted back into a host animal. Once the host is infected, over the next 6 months, they will migrate through tissue to reach the pulmonary arteries and the right side of the heart. The adult worms may live up to 7 years inside the infected animal.

Dogs infected with heartworms may at first exhibit very mild and intermittent symptoms of the disease. As more adult worms invade the heart and pulmonary arteries, and as the disease progresses, coughing, exercise intolerance, inappetence, and lethargy will become more and more persistent. It is common for an infected dog to have more than 30 adult worms inside the heart. Eventually, an untreated dog will succumb to heart failure.

Cats are aberrant hosts of heartworms, meaning that the parasite does not typically infect them, but for some reason infection has occurred. Immunosuppressed cats, such as those with Feline Leukemia, may be more susceptible to heartworms. Symptoms in cats are sometimes mistaken for other feline respiratory diseases such as asthma. Coughing, gagging, rapid open-mouth breathing, and weight loss are common symptoms. In many cases, cats may have fewer than 3 adult heartworms that cause debilitating disease.

The treatment for heartworm disease is currently only approved for use in dogs. There is no protocol for the treatment of cats other than supportive care. Cats may be prescribed bronchodilators and corticosteroids to control symptoms.

Before treatment, a blood chemistry panel is performed to check for kidney and liver problems that may delay or preclude the use of an adulticide, the drug that kills adult heartworms. Also chest x-rays are taken to assess changes in the lungs, vessels, and heart. Severity of the changes and symptoms determines whether a single treatment or a split treatment will be used to kill the adult worms.

The only drug approved is called melarsomine. It is an organically bound arsenical compound that is given by injection in the lumbar muscles of the back. One injection is administered, followed by a second one 24 hours later if the patient tolerates the medication well. In a split treatment, the dog is given the first injection followed by the series of two injections 4 to 6 weeks later. In either case, the dog must be kept confined for several weeks after the injections to avoid complications from treatment.

Complications can include respiratory distress, coughing up blood, liver or kidney inflammation, lethargy, inappetence (refusal to eat), vomiting, and diarrhea.

During the treatment, the doctor may prescribe an antibiotic like doxycycline and an NSAID for pain, since the patient’s back may be sore after the deep muscle injections. Medications for other specific symptoms may also be needed.

Prevention is the best way to avoid heartworm disease and the risk involved with treatment (not to mention the expense). There are a number of safe heartworm preventive medications that your veterinarian can prescribe for your pet.