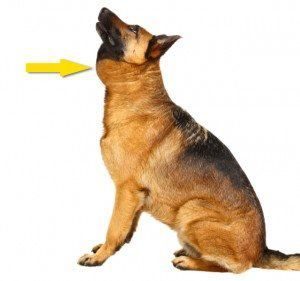 A sialocele, salivary mucocele, or salivary gland cyst occurs when there is an obstruction to the normal flow of saliva from the gland through the salivary duct. Alternately, the gland may rupture and saliva may collect in the tissue space around the gland. Trauma to the duct or gland is thought to be the primary cause of a sialocele; however, the pet’s owner may not always be aware of a specific traumatic event occurring. There is no known age or species predilection for a sialocele; however German Shepards, Poodles, and Greyhounds seem to be overly represented.

Salivary glands are usually not easily palpable and are located on the side of the face beneath the ears, under the lower jaw, behind the eyes, and under the tongue. When a sialocele occurs, the fluid contained in the cyst may be aspirated with a fine needle and confirmed to be saliva. Under the microscope, the fluid usually contains no cells unless the cyst has become secondarily infected. In which case, there may be bacteria present as well as inflammatory cells.

Most of the time a sialocele is painless and the animal will be asymptomatic; however, a cyst that occurs at the back of the mouth or under the tongue can lead to difficulty breathing and swallowing. These are referred to as pharyngeal sialoceles and ranulas, respectively. A zygomatic sialocele, affecting the gland behind the eye, may cause the eye to bulge. A sialocele must be differentiated from various tumors that may occur in these areas of the head and oral cavity. Tumors are usually hard and irregular, unlike a sialocele which will be soft and fluid filled.

Draining the sialocele through a needle, or placing a small drain through a surgical opening, may temporarily resolve the accumulation of fluid. Often, the cyst will recur as soon as the opening heals. This may also risk introducing bacteria into the cyst and lead to infection. If the cyst becomes infected, it may abscess, or rupture through the skin and drain foul smelling pus. Most of the time, the affected gland must be removed surgically to permanently correct the problem. The procedure will be performed under a general anesthetic.

Sialoceles that occur in the mouth may benefit from a procedure called marsupialization. Instead of attempting to remove the affected salivary gland, the walls of the cyst are sutured to an opening created in the oral cavity that allows the cyst to drain continually without obstruction. Occasionally, the opening may seal over and the cyst may recur, requiring further treatment.

A possible side effect of salivary gland removal is the formation of a seroma. The empty void left where the gland used to reside will fill up with serum. This will usually resolve over time but occasionally requires draining as well. If the entire gland is not removed, a sialocele will persist.

Most of time, animals diagnosed with a sialocele are started on antibiotics whether or not there is evidence of infection. Care after surgery is minimal, keeping the incision in the skin clean and dry. An Elizabethan collar may be necessary to avoid scratching or rubbing at the sutures.