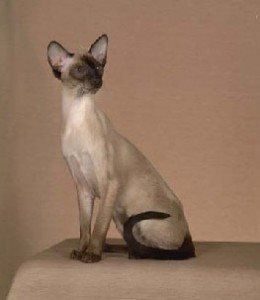 Believed to have originated in Thailand where they were temple guardians and the companions of royalty.  Legend states that the Siamese cats accompanied souls to heaven.  A pair of Siamese were given to President and Mrs. Rutherford Hayes in 1878 by the United States Consul to Bangkok.  Other Siamese were imported to the United States from England, and by the turn of the century were appearing in American cat shows.  Accepted by all breed associations for championship status.