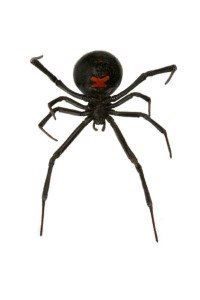 Spiders, bees, and insects would prefer to be left alone. They usually do not seek out people and pets to bite and sting. People do their best to avoid confrontation with these creatures as well; however, our dogs’ and cats’ curiosity often causes standoffs with stinging and biting fliers and crawlers. Sometimes the bugs just get in the way of exploring noses and paws. In any case, the consequence of a sting or bite from a spider or insect can be mildly annoying to certainly life threatening.

Bees and wasps have stingers that inject venom into the skin as a self-defense mechanism. The venom is irritating to local tissue causing swelling and itching, and in large quantities can cause systemic reactions. For mild reactions, antihistamines can help to reduce symptoms. A swollen muzzle is a common consequence of a bee sting on the nose. The swelling can progress to the mucous membranes in the throat leading to breathing difficulty, so treatment is always started prophylactically. Anaphylaxis is a systemic shock response to the toxic effects of venom. Vasodilation causes reduced blood pressure to the organs, and must be reversed with steroids and rapid IV fluid therapy.

Crawling insects like scorpions and spiders can pack the same punch as the bees and wasps. In addition to local tissue swelling and the risk of anaphylaxis, spiders like the black widow can cause central nervous system toxicity. Muscle tremors and even paralysis can be caused by the bite of a black widow. The biggest concern is paralysis of the respiratory muscles, leading to death by suffocation. Steroid injections and muscle relaxers are used to prevent this dire consequence. Antivenin is available, although it is usually hard to find in a short period of time, and it is typically so expensive as to be cost-prohibitive. Fortunately, dogs almost always survive black widow bites with supportive therapy from a veterinarian.

Some venoms are so toxic to tissues the area around the bite or sting may die and slough off. This is the case with the bite from the brown recluse spider. Antibiotics and topicals are used to prevent secondary bacterial infection of the wound that may increase the amount of eroded tissue and scarring. Many brown recluse bites go unnoticed for several days until the skin and muscle begin to deteriorate to the point that a lesion forms.

Bug bites and stings occur especially in the spring and warm spells of autumn, when insects become especially active. It is also during these times that our pets are busy exploring the backyard where these creatures fly and crawl.