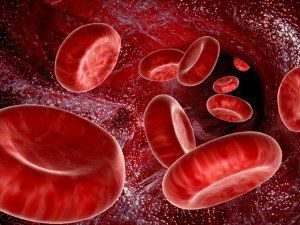 In 1924, a Finnish doctor by the name of Erik Adolf von Willebrand documented and studied a rare bleeding disorder in an isolated group of people; he showed that the disease was heritable as opposed to infectious in nature. Later researchers discovered that the physiological mechanism responsible for this form of coagulopathy – a dysfunction in the blood’s clotting ability – was due to a deficit or defect in a complex of plasma proteins, subsequently named for von Willebrand. Von Willebrand’s factor (vWf) is a group of numerous proteins involved in the “blood clotting cascade”, the process by which the blood forms clots to stop active bleeding. Dogs may also inherit a deficiency in von Willebrand’s factor, and breeds that are genetically predisposed to von Willebrand’s Disease include German Shepherds, German Short-Haired Pointers, the Rottweiler, Golden Retrievers, Chesapeake Bay Retrievers, Doberman Pinschers, Standard Poodles, Scottish Terriers, Shelties, and Miniature Schnauzers.

When bleeding occurs due to a wound or vascular trauma, specialized cells called thrombocytes (platelets) are chemically activated to collect at the site of the injury and begin to form a blood clot. Furthermore, clotting factors such as von Willebrand’s and other associated proteins are necessary for, binding the platelets and forming fibrin, the structural matrix of scabs and scar tissue. In cases of von Willebrand’s disease, the deficiency or defect in the von Willebrand’s factor prevents the formation of the blood clot, and bleeding persists. This condition is referred to as a platelet dysfunction syndrome.

All dogs regardless of breed that exhibit symptoms of prolonged bleeding times or spontaneous bleeding may be tested for plasma levels of vWf to confirm a diagnosis. In humans, the gene that is linked to this type of clotting defect is recessive and affects more women than men; this is not as true for dogs, as males and females are equally susceptible to inheriting the disease. Therefore, predisposed breeds of either sex should be screened for von Willebrand’s disease before being considered for breeding. Positive dogs should never be bred.

Plasma vWf levels are compared to “normal” dog levels and are expressed in terms of a percentage of normal. “Normal” is an average of all dogs that have been tested over time; therefore, it is possible to have a result higher than 100%. Depending on the laboratory running the test, a carrier of von Willebrand’s (positive for the disease) will usually have a vWf plasma level of less than 50%. A borderline or equivocal result will return in the 50 to 70% range. A normal (negative for disease) result will be greater than 70% and as high as 180%. There is available a test called electrophoresis to determine the specific type of Von Willebrand’s disease, but the treatment protocol will be the same in any case.

In addition to the plasma vWf test, a complete blood count will be used to detect subsequent anemia that may result from bleeding. A blood chemistry panel and urinalysis will assess the health of all organ systems in the body, and rule out coincidental or contributing disease processes.

The treatment for von Willebrand’s Disease, in the case of active bleeding or as a preventive measure before surgery, requires the administration of von Willebrand’s factor. There is not currently a synthetic replacement for vWf; the best source is from a plasma transfusion. Blood is collected from a donor dog that has been screened for von Willebrand’s and other diseases, and the plasma (the protein rich portion of whole blood) is then centrifuged, collected, and transferred into an administration bag. Plasma is available frozen from animal blood banks. The patient will then receive the plasma transfusion through a slow IV drip. If anemia is present, whole blood or concentrated red blood cells as well as plasma may be given. Ultimately, bleeding will persist until the von Willebrand’s factor is replaced.

A hormone called Desmopressin Acetate (DDAVP) has been used successfully to stimulate the release of von Willebrand’s factor in positive animals. It has a relatively short period of activity, about 2 to 3 hours, where it may help to control bleeding.

A von Willebrand’s positive dog may be susceptible to recurrence of bleeding even after treatment. The best way to prevent this life-threatening disease in future populations of dogs is through screening before breeding.