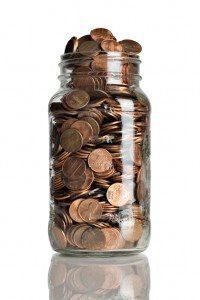 Zinc is found in many common household items and is very toxic when accidentally ingested by pets. It is a potent gastrointestinal irritant and causes hemolytic anemia, or red-blood cell destruction. Dogs and cats are equally susceptible to the toxic effects of zinc; however, cats with their discriminating tastes are less likely to ingest foreign bodies in general. Likely sources of zinc include pennies minted after 1982, diaper-rash creams, sunscreen, galvanized nuts and bolts, batteries, fungicides used on lawns, and algaecides used in swimming pools. The amount of zinc that causes toxicity varies by the source of the metal or one of its salts and the acidity of the stomach at the time of ingestion. A recent meal may reduce the amount of zinc that is absorbed by the GI tract into the bloodstream, but this is not a useful indicator to determine how aggressive an emergency medical intervention should be.

Zinc, in very small amounts is an essential element found in all systems within the body. High quantities of zinc however, cause significant irritation to the stomach and intestinal lining. Vomiting and diarrhea are the most common presenting symptoms. There may be blood in the stool as well. An X-ray may reveal a metallic foreign body if it has not already been vomited or passed in the feces. Other non-metallic objects may not be visible on the radiograph.

Secondarily, zinc toxicity causes red-blood cell destruction. The pet may appear icteric, or have a yellow tint to the mucous membranes and skin. Blood work may reveal evidence of hemolytic anemia, indicated by decreased numbers of healthy red cells, and increased numbers of damaged (oxidized) red cells called Heinz bodies and spherocytes. There may also be increased numbers of immature red cells called reticulocytes, indicating that the anemia is regenerative in nature. The mechanism by which zinc causes hemolysis is not clearly defined, but the toxic metal exacerbates oxidative damage to red cells by interfering with copper and iron utilization by the cells. Zinc may also decrease glutathione levels, a very important antioxidant enzyme that protects cells from damage. Ultimately, the spleen is responsible for the destruction of oxidized cells. Phagocytes, a type of non-circulating white blood cell found in the spleen, will consume and digest the damaged red cells leaving only the yellow-red pigment bilirubin to remain in circulation. Bilirubin is responsible for the icterus, or yellow tint of the pet’s tissues.

Other findings on lab work include increased Alanine aminotransferase (ALT), a liver leakage enzyme indicating damage to hepatocytes (liver cells). Also, the white blood cell count may be increased as a result of inflammation and blood urea nitrogen (BUN) may be elevated due to GI bleeding. Decreased potassium and chloride, and increased sodium, are consistent with vomiting and diarrhea. The urine may contain elevated levels of bilirubin, protein, and inflammatory casts from the renal tubules (kidneys).

A test to confirm increased serum-zinc levels is the only definitive diagnostic measure of toxicosis, in the absence of a zinc-containing foreign body. This is a specialized test not normally included in the basic blood chemistry profile.

Zinc ingestion is a medical emergency and should be treated aggressively. Treatment begins with removal of any detectable foreign body, either by inducing vomiting, if deemed safe by poison control and the attending veterinarian, or by gastro-endoscopy or surgical gastrotomy (opening of the stomach). Certain ingested substances can cause more damage on the way back up the esophagus, and inducing vomiting would be contraindicated.

Symptomatic treatment for vomiting and diarrhea, as well as intravenous fluid and electrolyte replacement will be instituted. In the case of severe anemia, a blood transfusion may be necessary. The pet will be hospitalized and monitored for several days to prevent secondary renal failure and complications from anemia such as respiratory distress. Antibiotics are started to prevent bacterial overgrowth in the inflamed intestinal tract, and antacids will be used to prevent further damage to the mucosal lining of the stomach.

Zinc toxicity is a fairly rare occurrence, more common in young dogs and puppies, but has devastating consequences if left untreated. Household items containing zinc should be kept well out of reach of pets to avoid accidental ingestion.